May-Thurner Syndrome: What Sonographers Should Know 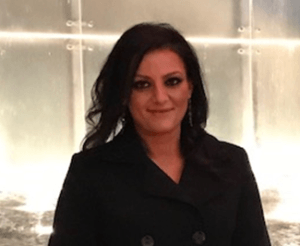 Several anatomical anomalies can result in deep vein thrombosis (DVT).  May-Thurner Syndrome – also known as iliac vein compression syndrome – is one of them. Because May-Thurner Syndrome is not a common condition, physicians might not routinely request scans that would show whether it is present.  As sonographers, we can play a crucial role in ensuring that a patient with May-Thurner Syndrome is diagnosed accurately and treated effectively if we know what to look for and pass along those vital scans to the ordering physician.

Presentation of May-Thurner Syndrome
May-Thurner Syndrome is a condition in which the left common iliac vein is compressed by the right common iliac artery, increasing a patient’s risk of developing deep vein thrombosis in the left lower extremity. Symptoms include dull aching, heaviness, leg cramps, increased pain upon standing, reduced pain when legs are raised, redness of the ankles and/or legs, skin color change thrombosis. Because symptoms of May-Thurner Syndrome can be mistaken for symptoms of venous insufficiency of the lower extremity, an inaccurate diagnosis may result.

Anatomical Development of Symptoms
The anatomy of the IVC bifurcation is noted when, in contrast to the right iliac vein which ascends almost vertically to the IVC, the left common iliac vein courses more horizontally and underlies the right common iliac artery. There are many anatomic variations of the venous and arterial systems. Understanding normal anatomy versus patients with May-Thurner syndrome will give the technologist a better understanding of why it is so crucial to accurately diagnose May-Thurner syndrome in patients.
​

Stage 1 — Begins with Iliac vein compression without structural vein changes. Typically, this stage is asymptomatic.
Stage 2 – Begins with venous spur formations (fibrous shelves eventually developing in the vein), which restrict blood flow and increase the risk for edema and deep vein thrombosis. This stage can also be asymptomatic.
Stage 3 — Begins with obstruction that causes deep vein thrombosis, edema, and the formation of varicose veins. At this stage, symptoms begin to emerge.

What Should a Sonographer Note?
Sonographers are required to investigate the venous system as requested by the ordering physician and to follow IAC policy and procedural guidelines. However, even when a physician orders a venous examination for deep vein thrombosis or venous insufficiency, the technologist should note whether abnormalities of the venous system exist.  If there is indication of a proximal occlusion, the technologist should look more proximally where the common iliac vein and/or external iliac vein lie to assist in the diagnosis of May-Thurner syndrome. Typical duplex imaging for May-Thurner syndrome will demonstrate collateral vessels, and/or compression of the iliac vein by the iliac artery. Figures 3 and 4 provide duplex images of iliac compression syndrome.

Conclusion
May-Thurner Syndrome is one underlying cause of a common condition. This anatomic finding has been shown to be present in more than 20% of the population. However, it is rarely considered in the differential diagnosis of leg edema, DVT, and chronic venous disease, particularly in patients with other risk factors. Treatments of anticoagulation, compression therapy, and venous ablation – often prescribed for those conditions, — are ineffective or insufficient for May-Thurner Syndrome which often requires a more aggressive approach to prevent complications.

A well-informed sonographer is in a key position to affect a successful outcome for a patient with May-Thurner Syndrome.